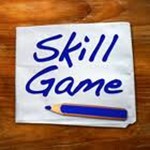 Will skill games be regulated in France?

On February, 24th, 2012, the French online gambling regulator, ARJEL, submitted a set of four reports to the Ministry of Budget, Public Accounts and State Reform, including one relating to online skill games. This report was drafted at the request of the Ministry of Budget in order to regulate the online skill games industry and to increase French tax revenues. This report has not been published yet.

After operating a state-run monopoly for online gaming for almost three years and under pressure from the European Commission (EC), the French Parliament passed the Law No. 2010-476 of May, 12th, 2010 relating to the opening up to competition and the regulation of online gambling (hereinafter, the Act). The French government realized that by legalizing and regulating online gambling in France, it could better control underage and problem gambling, as well as unlicensed and disreputable online gambling sites, while increasing tax revenues. The purpose of this law was to thwart gambling addiction and money laundering, and to shelter existing French operators’ market share, including the government-owned monopolies.

The Autorité de régulation des jeux en ligne (ARJEL) was created to regulate the online gaming industry and opened its doors to foreign operators with the stipulation that operators adhere to a strict set of guidelines. On June 1, 2010 ARJEL began offering licenses for online poker, online sports betting, and online horse betting.

However, the Act of May 12th, 2010, shall not apply to online skill games since Article 2 of the Act sets its scope, as follows: "a game of chance is a game played for money in which chance predominates over skill and over combinations of intelligence in view of winnings".

During the parliamentary debates prior to the Act, legality of online pure skill games was expressly recognized by the French Government. For instance, the Minister of Budget, Public Accounts, Eric Woerth, said during a parliamentary session held October, 8th, 2009, that "when it’s only a matter of skill, as it is in the case of checkers or chess, the game falls within a category that is not prohibited by law".

More recently, French public authorities changed their perspective and purposely and unlawfully declared that the regime of skill games should be subjected to the general prohibition of Lottery and gambling. The aim of French authorities was to define skill games and prepare legislation on skill games similar to the Act of May 12th, 2010 relating to online gambling.

As part of an information report of May, 25th, 2011, pertaining to the implementation of the gambling Act, MP Jean-François Lamour proposed to "subject online skill games played for money to the regulation of ARJEL and to a special tax regime". In the same report, his counterpart, MP Aurélie Filippetti said she would prefer "an outright prohibition of these games".

Lamour’s standpoint was corroborated by Senator François Trucy in his information report of October, 12th, 2011 relating to the evaluation of the gambling Act. Trucy actually called for "providing insights as to the integration of online skill games within the licensing regime of the Act of May 12th, 2010 and the supervision of ARJEL" (5th proposal).

The French Government took into consideration Lamour’s and Trucy’s recommendations while drafting its evaluation report that was released by the end of October 2011. The French Government recommended studying the impact of skill games in terms of addictive behavior, public demand and problem gambling, in order to determine whether it is possible to extent the scope of online gambling to skill games. The ARJEL was requested the submission of a report relating to skill games.

During the 2012’s greeting ceremony of the ARJEL of January 19th, 2012, the President of the ARJEL Jean-François Vilotte provided few details about the study of online skill games.

He said that the French legal framework of gambling does not enable to offer online skill games on the French territory.

Besides the fact that the criminalization of skill games in France is not proven, the President of the ARJEL builds on a second argument, just as questionable as the previous one, in favor of regulating online skill games. He considers that "the sincerity of online pure skill games is impossible given bots software that is easy to create". It is important to note that the same problem applies to online gambling and French regulation of online gambling has not prevented such bots used on games that are much more harmful than skill games.

The President of the ARJEL gives an outline of the legal framework of online skill games which is under review by French public authorities:

"Of course, in order to ensure a protection of public and social policies, operators would be subject to general requirements of the Act of May 12th, 2010, especially in the opening of players’ accounts and the approval of gaming software."

Consequently, France is heading towards the introduction of a legal framework of online skill games, based on an exception to the general prohibition of gambling and that would be aligned to the provisions of the Act of May 12th, 2010.

Doing so, we consider that the potential regulation of skill games by French authorities would be inconsistent with the provisions of the European Union law, notably the Directive relating to electronic commerce. This Directive prevents any national regulation related to information society services, such as online skill games, from subjecting these to a prior authorization system, such as a licensing regime, or from controlling the activity of online gambling operators located in a Member State other than France.