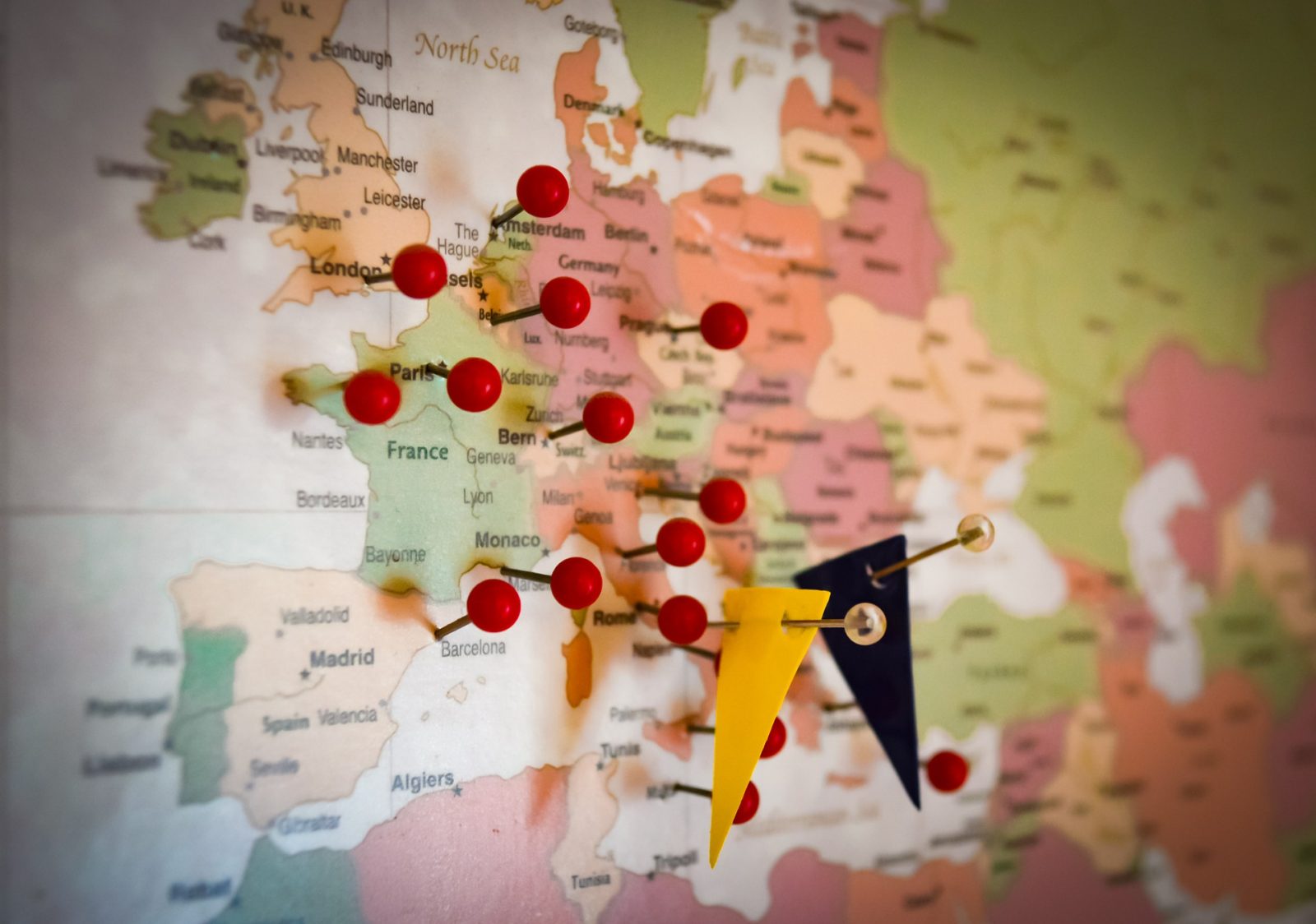 In which country should you sue/be sued?

Council Regulation (EC) No 44/2001 of 22 December 2000 on jurisdiction and the recognition and enforcement of judgments in civil and commercial matter.

The regulation lays down rules governing the jurisdiction of courts and the recognition and enforcement of judgments in civil and commercial matters in European Union (EU) countries.

Previous text has thus been recast by Regulation (EU) No 1215/2012 of the European Parliament and of the Council of 12 December 2012 on jurisdiction and the recognition and enforcement of judgments in civil and commercial matters.

The transition between the two texts is something quite complex but, as a summary, one should keep in mind that:

Please note that some specific rules apply for UK, Ireland and Denmark.

The basic principle is that jurisdiction is to be exercised by the EU country in which the defendant is domiciled, regardless of his/her nationality. Domicile is determined in accordance with the domestic law of the EU country where the matter is brought before a court.

Apart from the basic principle on jurisdiction, in certain circumstances a defendant may be sued in the courts of another EU country. The regulation lists areas of jurisdiction where this is so: special or exclusive jurisdiction, as well as jurisdiction on matters relating to insurance, consumer contracts and individual contracts of employment. The reason for these exceptions is that: “in addition to the defendant’s domicile, there should be alternative grounds of jurisdiction based on a close link between the court and the action or in order to facilitate the sound administration of justice”.

In real life, special jurisdiction has been interpreted so widely by national Courts and by the European Court of Justice that it is as important as the basic principle (and maybe more important, especially for matters related to intellectual property and online businesses).

a) In matters relating to contract

Pursuant to article 5, a person domiciled in a Member State may, in another Member State, be sued in matters relating to a contract, in the courts for the place of performance of the obligation in question.

For the purpose of this provision and unless otherwise agreed, the place of performance of the obligation in question shall be[1] [2]:

In the Falco case the Court has ruled that a contract under which the owner of an intellectual property right grants its contractual partner the right to use that right in return for remuneration is not a contract for the provision of services within the meaning of that provision.

In the Wood Floor case, it has ruled that where services are provided in several Member States, the court which has jurisdiction to hear and determine all the claims arising from the contract is the court in whose jurisdiction the place of the main provision of services is situated. For a commercial agency contract, that place is the place of the main provision of services by the agent, as it appears from the provisions of the contract or, in the absence of such provisions, the actual performance of that contract or, where it cannot be established on that basis, the place where the agent is domiciled.

b) In matters relating to wrongful acts

Pursuant to article 5, a person domiciled in a Member State may, in another Member State, be sued in matters in matters relating to tort, delict or quasi-delict, in the courts for the place where the harmful event occurred or may occur.

An action for a negative declaration seeking to establish the absence of liability in tort, delict, or quasi-delict falls within the scope of that provision (Folien Fischer case).

It has also ruled that in the event of alleged infringement of copyrights protected by the Member State of the court seized, the latter has jurisdiction to hear an action to establish liability brought by the author of a work against a company established in another Member State and which has, in the latter State, reproduced that work on a material support which is subsequently sold by companies established in a third Member State through an internet site also accessible with the jurisdiction of the court seized. That court has jurisdiction only to determine the damage caused in the Member State within which it is situated (Peter Pinckney case).

The Court has decided, in the Melzer case, that it does not allow the courts of the place where a harmful event occurred which is imputed to one of the presumed perpetrators of damage, who is not a party to the dispute, to take jurisdiction over another presumed perpetrator of that damage who has not acted within the jurisdiction of the court seized.

of which content placed online is or has been accessible. Those courts have jurisdiction only in respect of the damage caused in the territory of the Member State of the court seized.

In the Football Dataco (Premier League) case, the Court has ruled that the sending by one person, by means of a web server located in Member State A, of data previously uploaded by that person from a database protected by the sui generis right under that directive to the computer of another person located in Member State B, at that person’s request, for the purpose of storage in that computer’s memory and display on its screen, constitutes an act of ‘re-utilization’ of the data by the person sending it (see the chapter on databases). The Court has underlined that that act takes place, at least, in Member State B, where there is evidence from which it may be concluded that the act discloses an intention on the part of the person performing the act to target members of the public in Member State B, which is for the national court to assess.

Eventually, the Court does not preclude the application of Article 5(3) of the regulation to an action for liability arising from the operation of an Internet site against a defendant who is probably a European Union citizen but whose whereabouts are unknown if the court seized of the case does not hold firm evidence to support the conclusion that the defendant is in fact domiciled outside the European Union (G case, C-292/10).

c) In matters relating to consumers

Proceedings may be brought against a consumer by the other party to the contract only in the courts of the Member State in which the consumer is domiciled.

These provisions shall not affect the right to bring a counter-claim in the court in which the original claim is pending.

The provisions above may be departed from only by an agreement:

Any communication by electronic means which provides a durable record of the agreement shall be equivalent to « writing ». The provisions above may not be used to deprive a consumer from the protection he benefits from.

It must be underlined that this is solely applicable for proceedings involving (i) the same cause of action and (ii) between the same parties.

In addition and as a general rule, where related actions are pending in the courts of different Member States, any court other than the court first seized may stay its proceedings.

It is the judge to assess whether pending actions are ‘related’ but actions are deemed to be related where they are so closely connected that it is expedient to hear and determine them together to avoid the risk of irreconcilable judgments resulting from separate proceedings.

Where actions come within the exclusive jurisdiction of several courts, any court other than the court first seized shall decline jurisdiction in favour of that court.

Application may be made to the courts of a Member State for such provisional, including protective, measures as may be available under the law of that State, even if, under this Regulation, the courts of another Member State have jurisdiction as to the substance of the matter. This is an important issue in matters related to intellectual property where the law provides for some specific provisional measures (see the chapter on IP enforcement).

A judgment given in an EU country is to be recognized in the other EU countries without any special procedure being required.

Judgment means any judgment given by a court or tribunal of an EU country, whatever the judgment may be called, including a decree, order, decision or writ of execution. Under no circumstances may a foreign judgment be reviewed as to its substance.

A judgment will not be recognized if:

A court in which recognition is sought of a judgment given in another EU country may stay the proceedings, if an ordinary appeal against the judgment has been lodged.

A judgment is to be enforced in another EU country when, on the application of any interested party, it has been declared enforceable there. The parties may appeal against a decision on an application for a declaration of enforceability.

[2] In the Electrosteel Europe case, the Court has ruled that in the case of distance selling, the place where the goods were or should have been delivered pursuant to the contract must be determined on the basis of the provisions of that contract. In order to verify whether the place of delivery is determined ‘under the contract’, the national court seized must take account of all the relevant terms and clauses of that

contract which are capable of clearly identifying that place, including terms and clauses which are generally recognized and applied through the usages of international trade or commerce, such as the Incoterms drawn up by the International Chamber of Commerce in the version published in 2000. If it is impossible to determine the place of delivery on that basis, without referring to the substantive law applicable to the contract, the place of delivery is the place where the physical transfer of the goods took place, as a result of which the purchaser obtained, or should have obtained, actual power of disposal over those goods at the final destination of the sales transaction.

[3] A contract relating to the storage of goods, such as that at issue in the main proceedings, constitutes a contract for the ‘provision of services’ within the meaning of that provision (Krejci Lager case).

[4] The concept of ‘other party to the contract’ must be interpreted as meaning, in circumstances such as those at issue in the main proceedings, that it also covers the contracting partner of the operator with which the consumer concluded that contract and which has its registered office in the Member State in which the consumer is domiciled (TUI and lastminute case, C-478/12).

In which country should you sue/be sued?

The purpose of this Guide is to provide valuable information and tips to foreign practitioners when their clients face a legal issue in the European Union in relation with intellectual property, information technology and, in general, innovation. It is made of 13 chapters linked together. 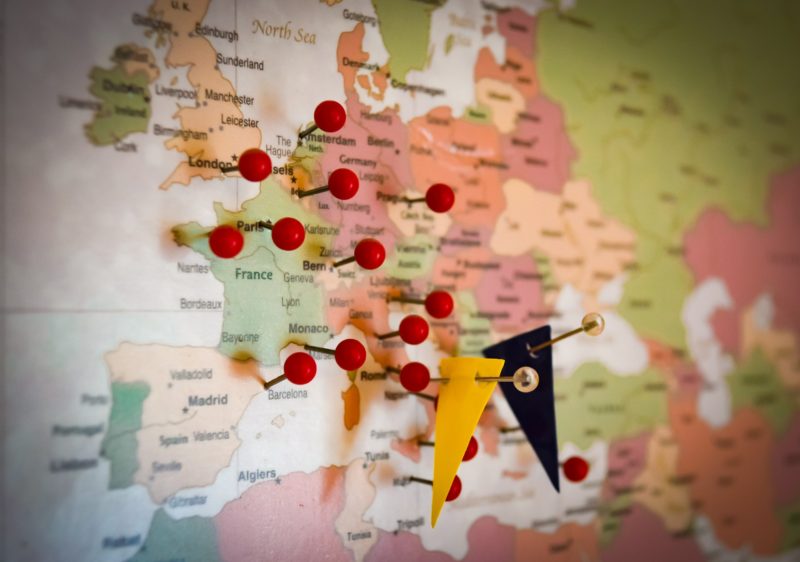